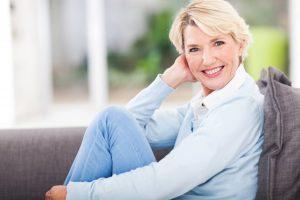 If you’ve noticed that your gums are swollen, bleeding, red, or something else that’s unusual in your mouth, you’re probably wondering what in the world is going on. If it seems as though something is wrong with your gums, you might be displaying symptoms of periodontal disease, a condition that is frequently treated by a periodontist. Dr. Kissel, one of New York City’s most sought-after periodontists, has prepared this blog post of the common symptoms of periodontal disease, also known as gum disease, to help you learn more about this condition.

The good news is that when you notice these symptoms, you see a periodontist right away and practice proper oral hygiene, you can reverse gingivitis on your own. If you ignore the symptoms, though, you can develop periodontitis.

New York City dental patients who ignore the signs of gingivitis are at a high risk of developing the second stage of periodontal disease, known as periodontitis. With this condition, you’ll need intervention from a periodontist to save your oral health. Symptoms include:

If you’re a New York City resident and you’ve developed the signs mentioned above of periodontitis, you should reach out to Dr. Kissel immediately. Your oral health and smile depend on it!

If you are experiencing any of the conditions we’ve described, then you need to see a periodontist immediately.

How Can We Help?We would love to hear from you! Please fill out this form and we will get in touch with you shortly.

From the very first meeting with Dr. Kissel, I knew that I had found the right expert to do my periodontal work. Dr. Kissel was already familiar with my mouth/teeth/gums even before our first meeting. It was evident that he had studied my xrays and files at length before my initial consultation; at that time…

Dr. Kissel is superb. He has completed a number of procedures to restore my gums. Each time, the procedure was close to painless and there was very little discomfort afterwards. He is truly expert at pain management, better than any dentist. Most important, the results of the surgeries were excellent. My gums are now as…

Please be aware that this is not a secure email network under HIPAA guidelines. Do not submit any personal or private information unless you are authorized and have voluntarily consented to do so. We are not liable for any HIPAA violations. Understand that if you email us, you are agreeing to the use of an unsecured method and understand that all replies will be sent in the same fashion, which you are hereby authorizing.